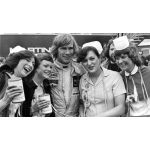 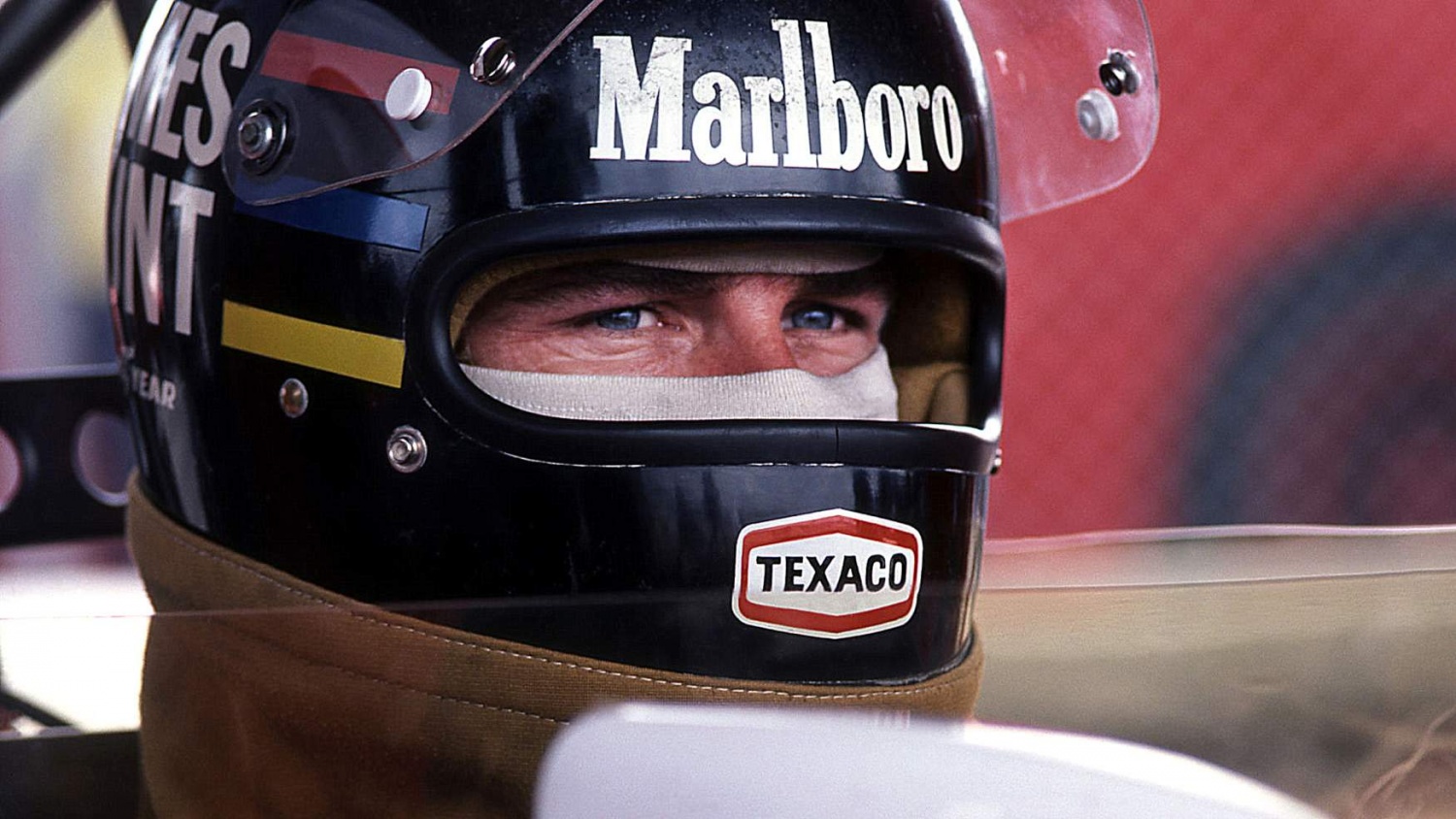 Born in Belmont (United KIngdom) on 29 August 1947, James passed away aged only 45, the world robbed to soon of a motors racing legend and icon on 15 June 1993. Indeed, it was only a few years ago his life was given the Hollywood movie treatment in Rush, introducing a new generation of fans to the 1976 Driver’s Champion. Possessed with little more than a passion for racing and a love of the good life, Hunt’s rise to superstardom was nothing short of meteoric.

For many years he slogged it out in the lower formulae, like many of his peers with only enough funds to make the next race, before his unique character and movie star looks caught the eye of motor racing aficionado Lord Alexander Hesketh, who at the age of 23 had a small fortune at his disposal. The young maverick peer lived by the motto: “A lot of people want to make a lot of money to store it away. I want to make a lot of money to spend it. I like spending to create something which is entirely my own and this is why I have the racing team.”

In Hunt, Hesketh had found a driver who suited his flamboyant personality and outsized ambitions perfectly, and in 1973, he hired the Briton to drive for him as they embarked on their Formula 1 journey together. Despite coming second in the last race of their debut season at Watkins Glen, it wouldn’t be until 1975 that Hunt delivered Hesketh his first grand prix victory. The team simply didn’t have the financial weight behind it of the top dogs, and Hunt knew it. Come 1976, Hunt had moved to McLaren in search of championship – little did he know the journey he would have to take to get it.

Locking horns with rival Niki Lauda in arguably the greatest season-long duel in the sport’s history, Hunt won the championship by a single point over the Austrian, courtesy of a third in atrocious conditions at the season’s final race at Fuji. Unfortunately for Hunt, he would never reach those heights again, as he struggled to adapt to life as a world champion.

Later he told his biographer Gerald Donaldson, “Don’t forget, I came from nowhere. I’d just won my first Grand Prix in the year before I became World Champion. So I was pitched pretty heavily in at the deep end. When I was driving, everything was fine, but all the rest of it, what people expected of a World Champion, really got to me”.

“It was a huge change and all I could do was operate in the only way I knew — which was not to compromise myself. I just had to get on with it, in my own odd style,” he explained. “I refused to be shoved around. If that meant calling a spade a spade and not toadying to middle-class ego-massaging and being dressed in jeans and T-shirt, so what? [..] I wasn’t prepared to truss myself up in a monkey suit and I always thought I turned out cleanly and comfortably dressed. The whole point was that I was basically getting on with my life in my own way and I didn’t really care about what anyone thought. [..] Even though it made a lot of people dislike me intensely, I said to myself: Stuff it. I’ll do it my way.”

At the same time, it must be remembered later in his life James walked the straight and narrow, close to his loved ones and his dog named Oscar. He and Murray Walker were THE voices of F1 during the early years in which the sport boomed on TV. However, it would not be hard to imagine James celebrating his birthday, sharing a quiet toast with loved ones as later in life he shunned big gatherings and crowds, perhaps having overdosed on the wild party life.

Alas, today James is not here to celebrate, but it’s worth tipping our collective hats to a paddock legend whose collection of merchandise and collectibles is available in our online store. 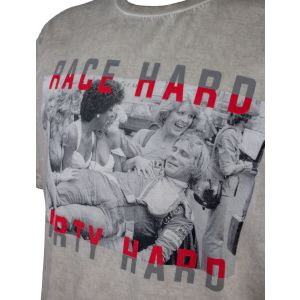 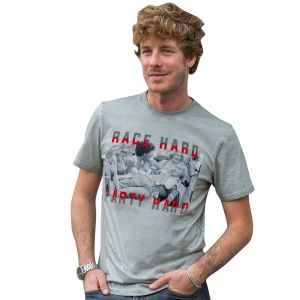