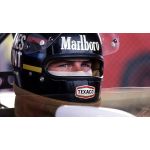 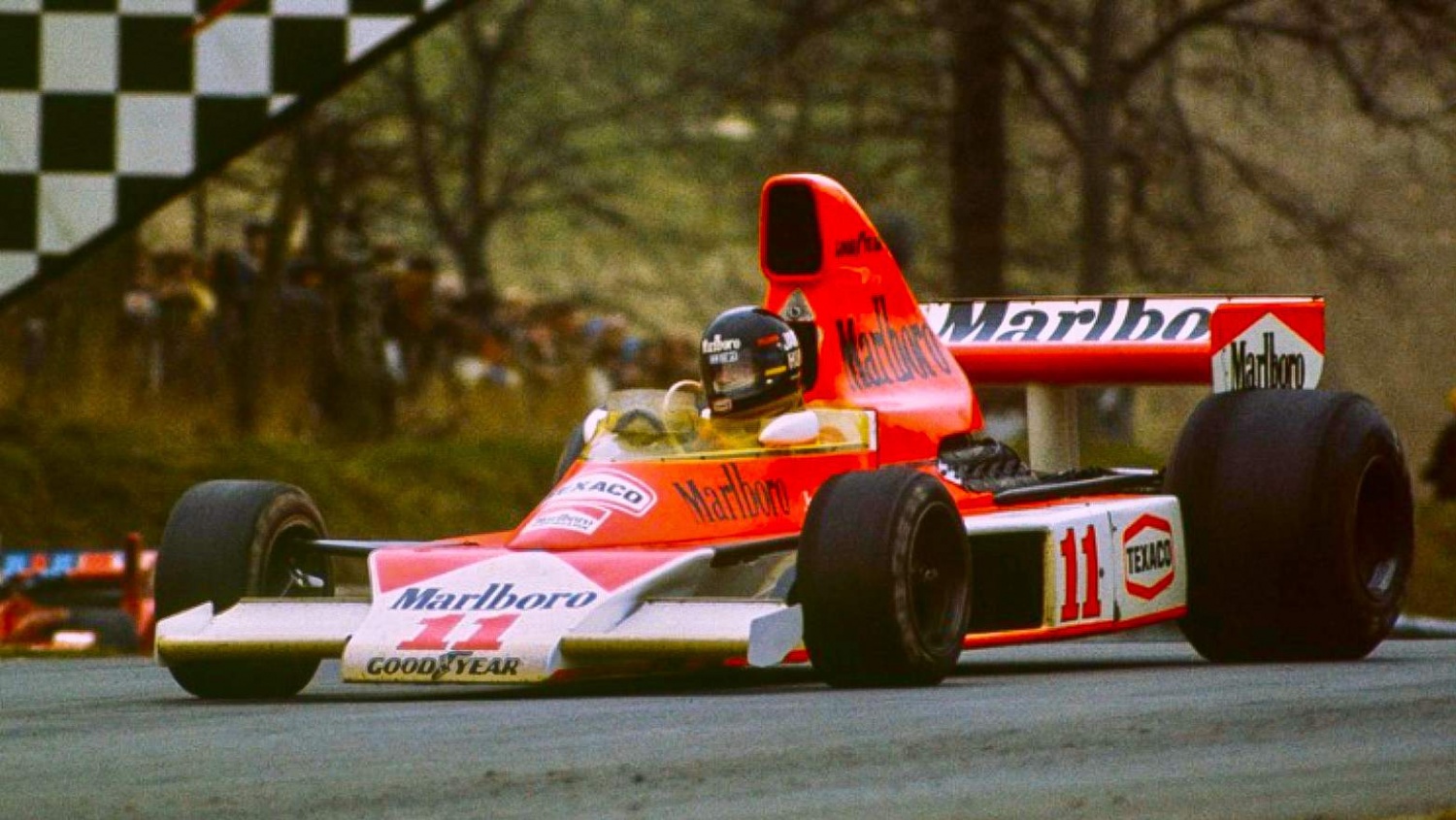 Everyone knows the 1976 Formula 1 story — how my dad beat Niki Lauda to a most dramatic title in Japan, but few really understand how big a mountain James had to climb to pull that off. It really was a season of trials and tribulations, highs and lows — much like a great game of snakes and ladders that brought as many extreme challenges and disappointment as it did euphoria and success...

It started well enough with dad putting it on pole in Brazil alongside Niki and he was running second when his throttle stuck wide open and he crashed, leaving Niki to sail to the win. James was on pole again in South Africa but he had a bad start and had to pass his teammate Jochen Mass and Vittorio Brambilla, by which time Niki was long gone, but he duly collected his first points of the season with second.

It may not have counted for the championship, but I suppose the Race of Champions was fundamental in dad's ’76 season — he had to fight a feisty Alan Jones off to win and Lauda's Ferrari broke to give him hope, but he made a silly mistake at Long Beach.

James bumped wheels while fighting over second with Patrick Depallier and stopped. When the mechanics went to fetch the car after the race, they found nothing wrong with the McLaren and drove it back to the pits! Lauda finished second behind Clay Regazzoni in the other Ferrari to open the advantage even further.

The season took its first controversial turn at the start of the European season — dad put it on pole in Spain but Niki got the jump, before the McLarens seemed to work better and dad and Jochen found a way past the Ferrari to deliver a memorable McLaren 1-2.

The trouble started when scrutineers examined cars after the race and found dad’s M23 to be too wide and he was excluded. Goodyear’s latest rubber bulged ever so slightly more than before, so while edges of the wheel rims were within spec, the little bulges put the width over. The team left under a cloud, but they did appeal the findings...

Then it went from bad to worse — James qualified third in Belgium, but his car developed gearbox trouble and he steadily dropped back before it stopped and then Monaco proved a disaster. Dad qualified 14th and fought gamely until the engine gave up. Lauda won both those races and the M23 was not at its best in Sweden where James fought back to fifth on the day that the six-wheeled Tyrrells won, so Niki was only third.

It started to come good in France when dad put it on pole and was chasing Niki when the Ferrari went pop leaving James to win and remembering that he was excluded from Spain, his first clean win was a high point following a most difficult start to the season. That joy was however short lived...

James qualified second for a packed British GP at Brands Hatch, but he was involved in a first corner crash that brought out the red flag. Dad drove his damaged car back to the pits, but took a short cut on an access road and race officials said he could not take the restart because he was off the track when the red flag flew. The British crowd however went into revolt, urging the stewards to allow dad to race and he won. But several teams protested James racing and once again, they left under a cloud.

Then came that fateful German Grand Prix where James was on pole at the Nurburgring but it rained and he had dropped back when Niki crashed and the race was stopped. Dad got ahead quickly after the restart and won, but it was not a happy victory as Niki was fighting for his life and that really upset James.

After the Nurburgring and with Lauda recuperating, Ferrari opted to sit out the Austrian Grand Prix as McLaren travelled to the Oesterreichring early to prepare the new M26 for its debut. The team however opted to race the old M23s at the eleventh hour and James put it on pole but could only muster fourth in a hard-fought race.

Next up was the Dutch Grand Prix — the scene of his maiden GP win for Hesketh on James’ birthday and dad bided his time before moving ahead and drawing clear to race to a dominant win. It seemed back on the up, at last.

But Monza proved another disaster in that season of snakes and ladders — not only did dad and Jochen struggle to ninth and tenth on the grid in front of a quite hostile Italian crowd, but their Saturday qualifying times and that of John Watson’s Penske were later disallowed when the Automobile Club of Italy discovered irregularities in fuel samples taken from their cars. That meant that their Friday times counted for the grid and none of them had qualified.

Fortunately, the slowest qualifier Otto Stuppacher had flown back home to Austria to see James back onto the grid, while Arturo Merzario and Guy Edwards both withdrew in defiance to allow Mass and Watson race. So dad started 24th, but ended up in the sand trap after going off while struggling up through the field. Of course that was the race where Niki made a miraculous comeback to finish fourth against all odds and defend his championship lead!

James arrived in Canada to learn that the protest against his British win had been upheld and he’d lost those nine championship points, while Niki had gained another three by his promotion to the win. Dad responded by putting it pole and once he’d fought Ronnie Peterson off, went on to win while Niki finished out of the points in eighth. So it was back to where it had been after Monza, with dad eight points off Niki in the championship chase.

Dad made no mistakes in the US GP at Watkins Glen — he put it on pole again and battled Jody Scheckter the first half, before clearing to win while Niki put in a valiant effort to come home third. That meant that they headed east with Niki just three points ahead of James in the title race – dad needed to finish third, Niki to retire for dad to win it...

Everyone knows what happened in Japan — dad never even knew he had won the title after he struggled home in that monsoon — he never realised he was third, or that Niki had stopped! That surely made up for a most frustrating season in so many ways...

So yes, while most people know the James and Niki story, few actually realise that dad really struggled more than anyone ever realised through that incredible 1976 season. It was a true rollercoaster ride of disqualifications, reinstatements and technical mysteries, subterfuge, spy versus spy and angst — something of a giant game of snakes and ladders where hardly had James found a ladder to climb, before another snake or two gobbled him up again!

Everyone knew it was like that for Niki, but Lauda was fully aware of what James went through to pull it off — he told me more than once how he knew how my father had struggled and that his world championship was so well won in the end.

If ever anyone paid a huge compliment to my dad, that surely had to be among the biggest… (Photo: Motorsport Images) 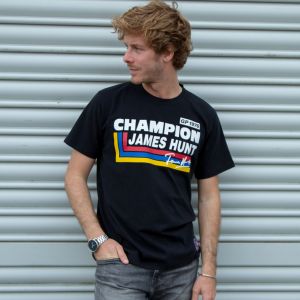 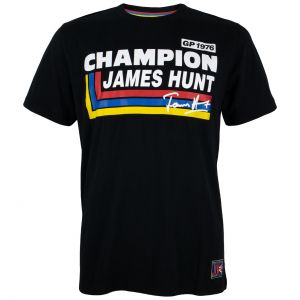 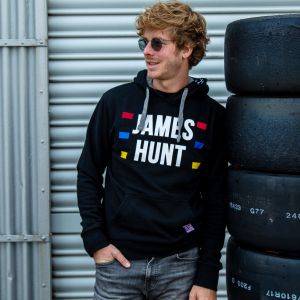