Fittingly James made his F1 debut at the glitzy and glamourous party-town of Monaco at the 1973 edition of the race at the principality. Records show that on that day - 3 June 1973 - from 18th on the grid, he finished ninth in his debut after running in the points until a loss of power

Here began his remarkable Hesketh adventures, the maverick start-up team run by party-animal Lord Hesketh rocked the F1 establishment with their intoxicating and irresistible formula of "champagne, babes and racing" which captured the imagination of the masses, beyond the paddocks and race tracks of the world.

His sex appeal was magnetic and, inevitably, became a selling point as photos of James and his capers with A-list supermodels and actresses were welcomed by the mass media of the crazy seventies. His exploits are the stuff of legend which launched a million headlines. F1 had their first true rock-star! 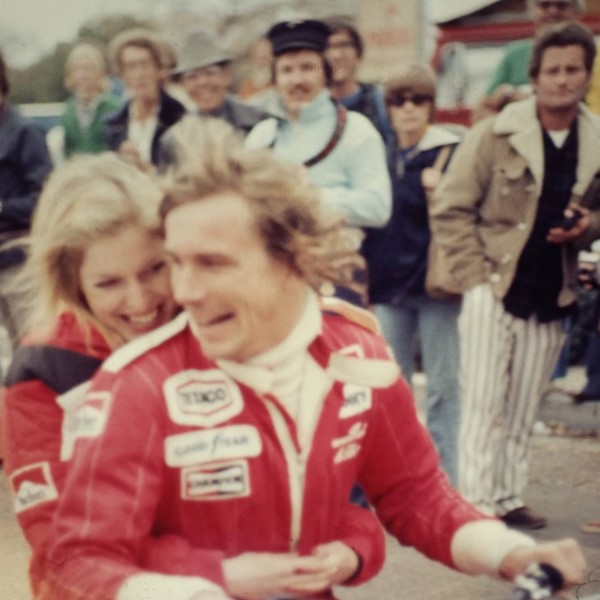 But it is also very important to recall him as not only a sought-after ladies' man and partygoer, James was also a very fast and effective race driver, a gutsy racer and a winner during F1's most lethal era.

He earned his "Hunt-The-Shunt" nickname during his junior career but had that spark of greatness waiting to be lit. McLaren pounced on the Englishman when it became apparent that he was out-growing Hesketh.
In 1976 he lowered himself into the iconic McLaren M23 to tackle that season and the rest, as they say, is history!

Stats show that James competed in 94 Grand Prix weekends in an era when the championship was fought over 16 rounds per season. He finished on the podium on 23 occasions, ten times as a winner, with the 1976 world title the highlight of his career at the highest level, which ended at the 1979 Monaco Grand Prix... of course.
This site will continue to collate, edit and publish ongoing news and features about James Hunt - his life, his races and the aftermath of a life well spent - while building an archive of licensed photos to illustrate this site as a tribute to a great Champion.
It is our honour to keep you informed, entertained and serve you on his behalf.