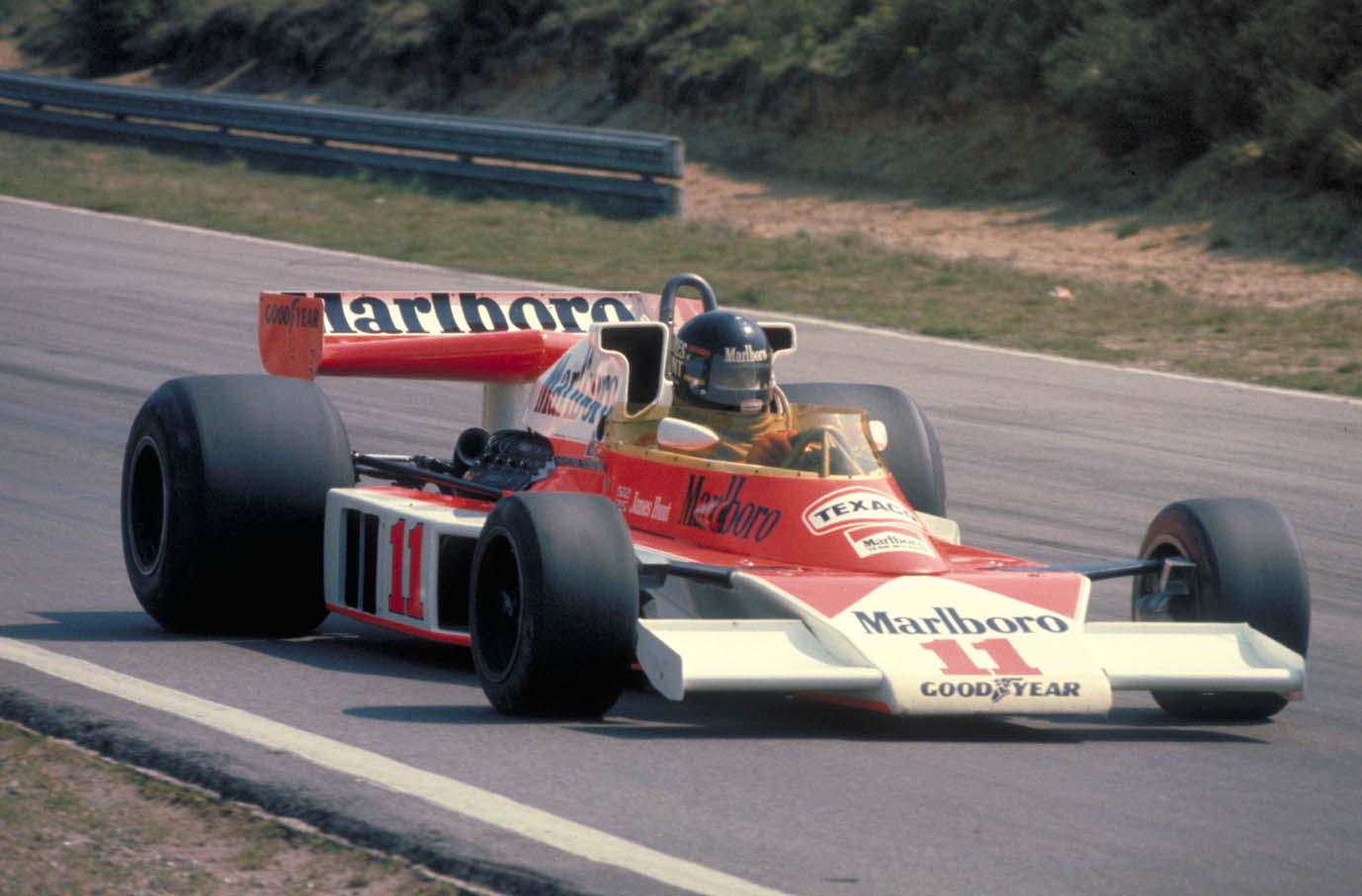 Inspired by the performance, Lord Hesketh purchased a March 731 for 26-year-old James to race during the latter half of the 1973 season. Jean Pierre Jarier, Henri Pescarolo and Roger Williamson were driving similar cars for the works March team.

That year James scored two podiums with the 731 and scored points on two more occasions in the eight races, of the 15, he contested that year.

Meanwhile, Lord Hesketh decided to get serious in 1974. They remained a one-car team and built the March-inspired Hesketh 308 featuring a striking ice-white livery, with thick royal blue and red sidepod stripes, adorned by a big number 24 on the impressive air intake and on the front wing of the car.

The famous helmet-wearing-teddybear badge became the symbol that epitomised quintessentially British team that endures nearly half a century later!

It also was the badge that represented the 'champagne, babes and racing' ethos that the outfit embodied and embraced, with James at the forefront of the 'brand' that so revolutionised how F1 teams went racing. 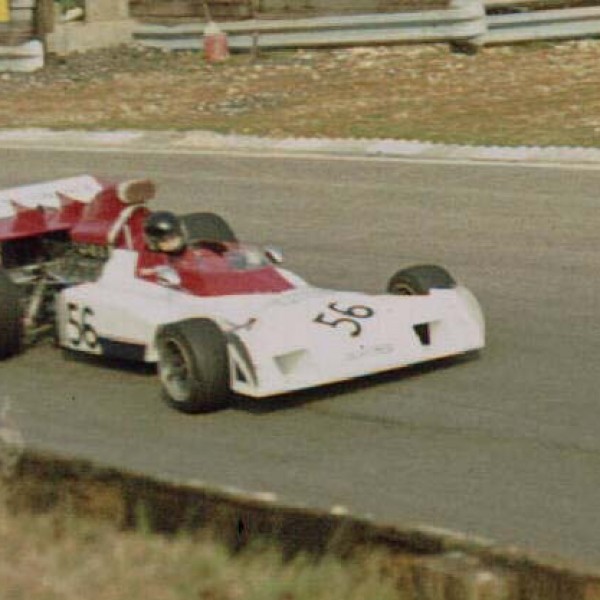 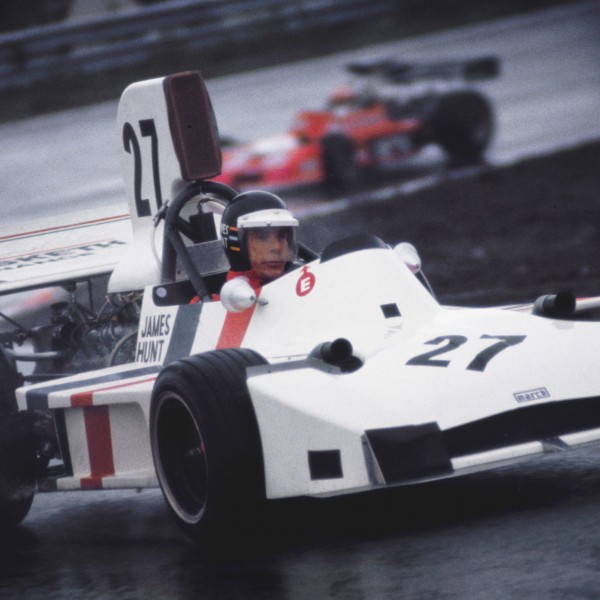 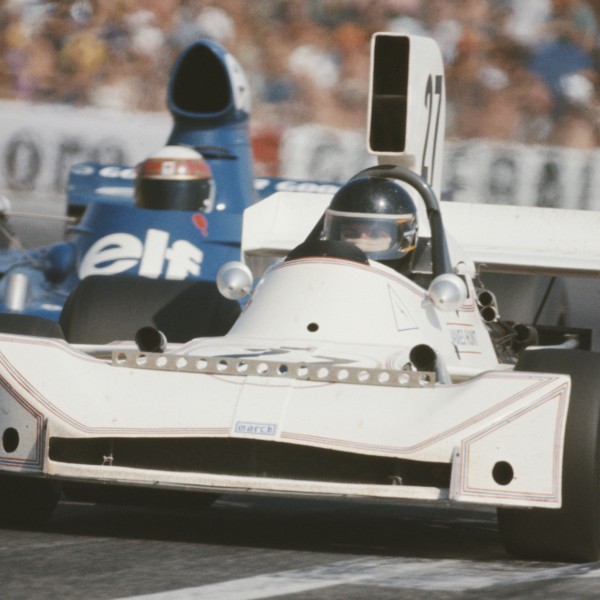 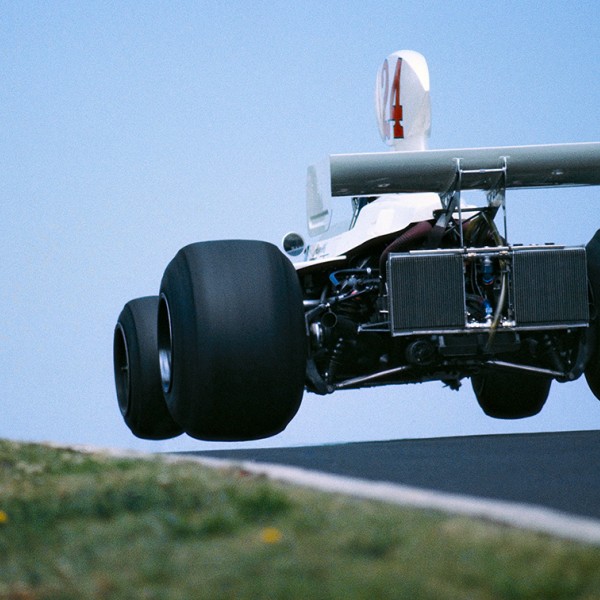 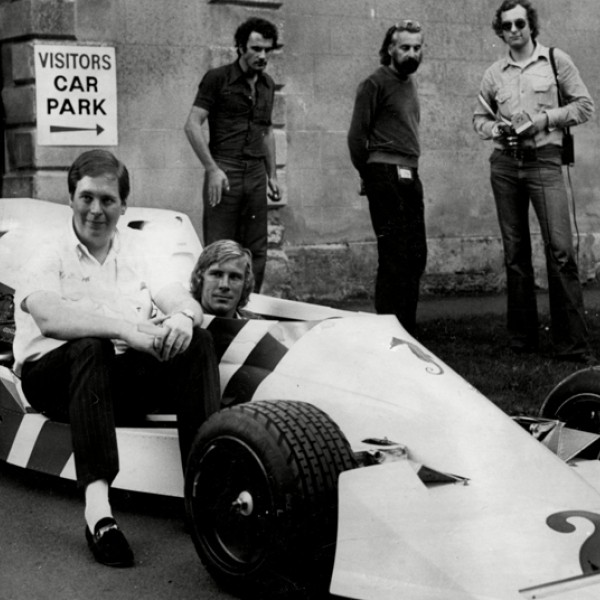 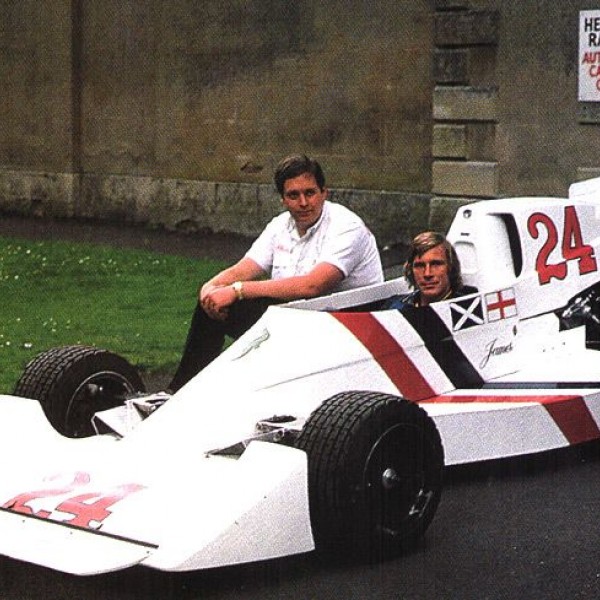 But on track that year, DNFs plagued James. He retired from nine of the 15 races however he did finish third on three occasions and fourth once to end up 8th in the 1974 F1 World Championship.

The Hesketh 308 evolved into the 308B for 1975 season which started well with second place and sixth in the first two races. But what followed was a disheartening and, for the team, financially draining five-race DNF-streak.

Redemption finally came at the Dutch Grand Prix on 22 June, 1975, when he powered to his first F1 victory at a rain-affected and incident-packed race at Zandvoort, holding off an aggressive late-race Ferrari charge headed by his nemesis Niki Lauda.

James kept it together despite the intense pressure and added his name to the roll of greats - F1 winners. He followed that up with five points finishes in the final six races to claim a solid fourth place in the world championship that year.

At this point, funds had dried up at Hesketh and James's career looked doomed until Marlboro's John Hogan signed the Englishman to $200,000 contract which put him in the McLaren M23 with a world championship-winning team for the first time.

The dramatic 1976 season thrust James into the world limelight, not only because of his extraordinary lifestyle but also because of his intense duel for the F1 title with Niki Lauda, the epic battle immortalised in the award-winning "Rush" movie.

With the Ford-Cosworth powered, Marlboro backed McLaren M23, James emerged the victor in that incredible 16 round championship. Stats for that season show he celebrated eight times on the podium, six times as the winner. 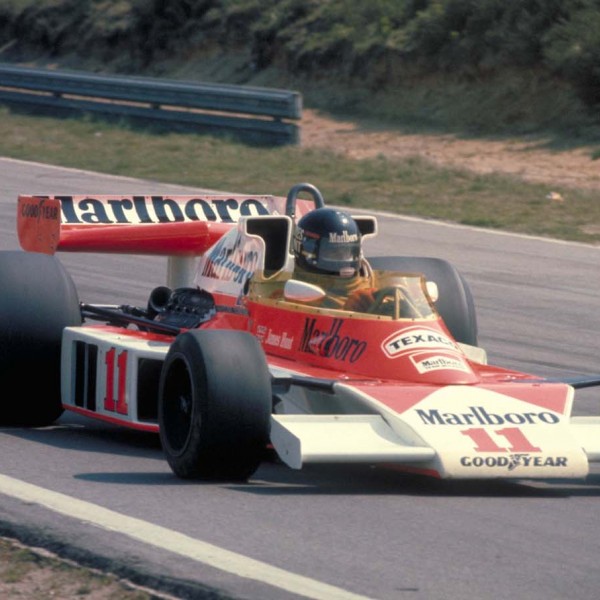 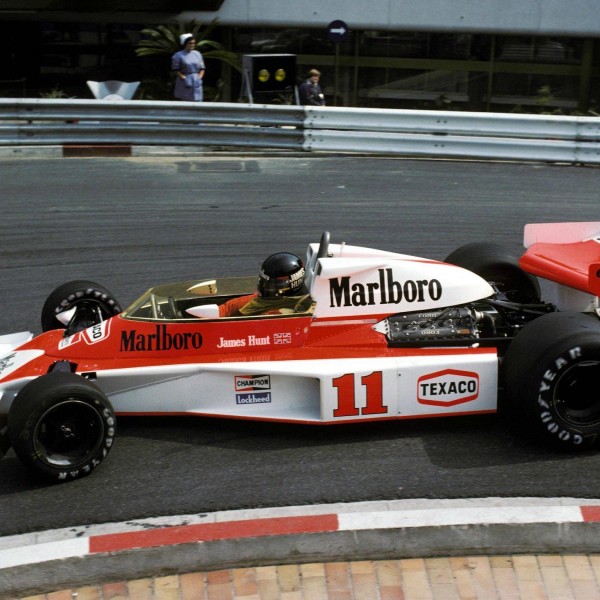 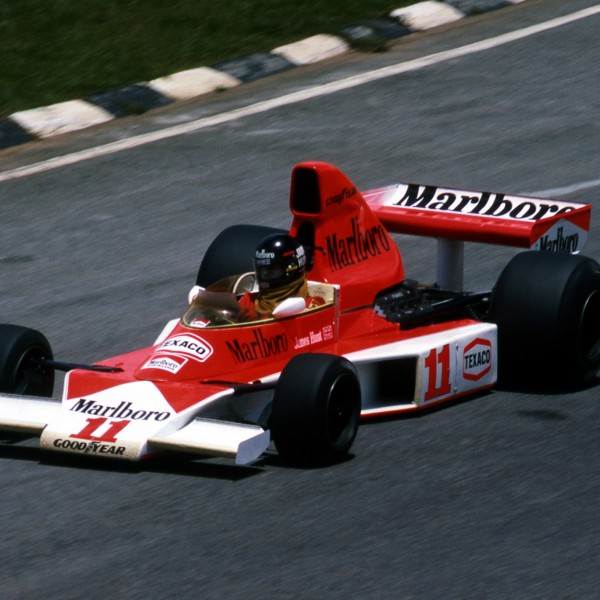 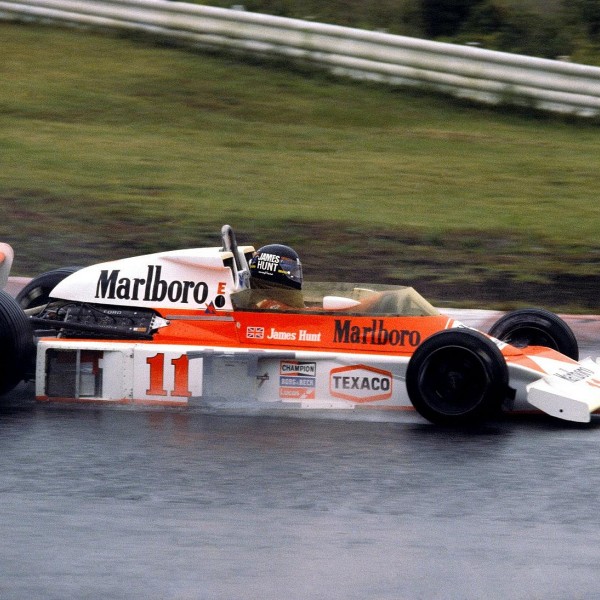 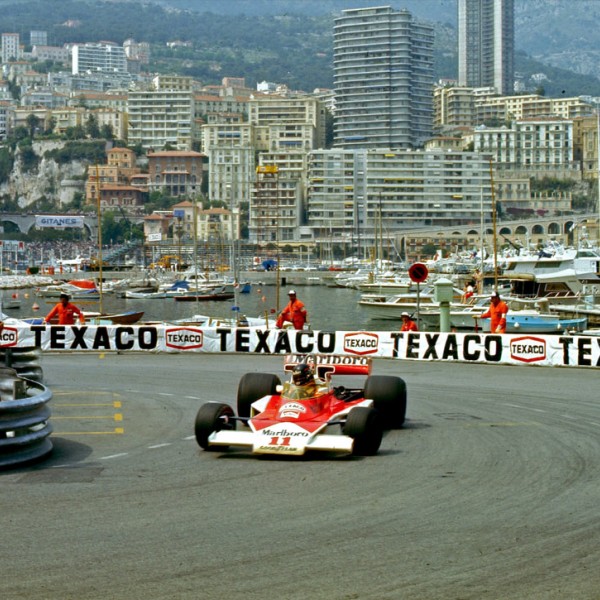 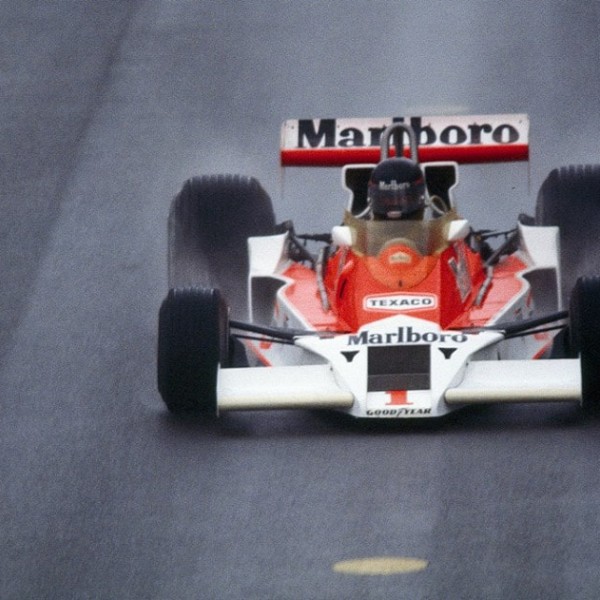 And at 29, James Simon Wallis Hunt, from Belmont in Surrey, was the 1976 Formula 1 World Champion!

For his title defence, the M23 remained relatively unchanged for the first six races of the season and was good for a second in Round 2 of the 1977 season in Brazil, and fourth place a race later in South Africa.

The M26 broke cover in Spain but took until Round 9 before James and the team found the sweetspot in the finicky chassis.

With it, he finished third in France and went on to win three races including that unforgettable win at the 1977 British Grand Prix. He also won in the USA and Japan that year to finish fifth in the championship.

But, in truth, the M26 did him no favours as its quirks resulted in six DNFs during his campaign.

James' final year with McLaren coincided with their demise under the leadership of Teddy Mayer, a few years before Ron Dennis arrived on the scene to revolutionise the team.

The McLaren M26 rolled out for 1978 was simply not good enough and the season was a disappointment as again DNFs plagued their driver. Third place in France was his best result and would also be the last time James celebrated on a Grand Prix podium.

In 1979, Ferrari came calling as did Walter Wolf Racing with James opting for the latter cheeky upstart F1 team, run by a Canadian billionaire racing enthusiast, as opposed to joining the legendary Scuderia where he feared he would be unable to deal with the politics that the Italian team are famous for. Enzo Ferrari was alive at the time. 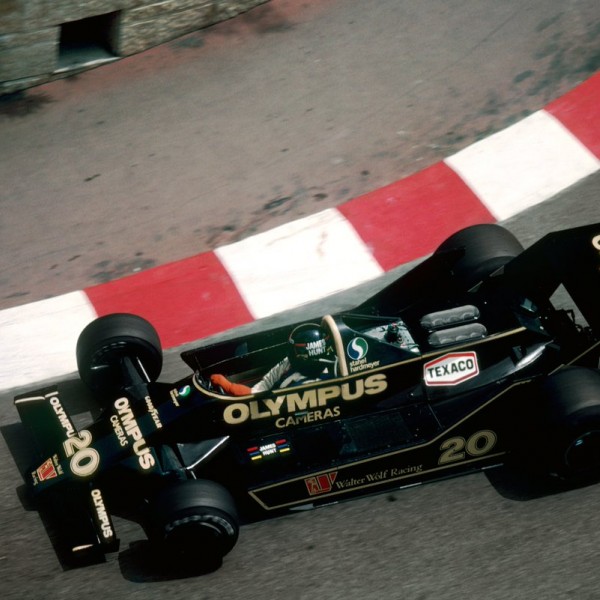 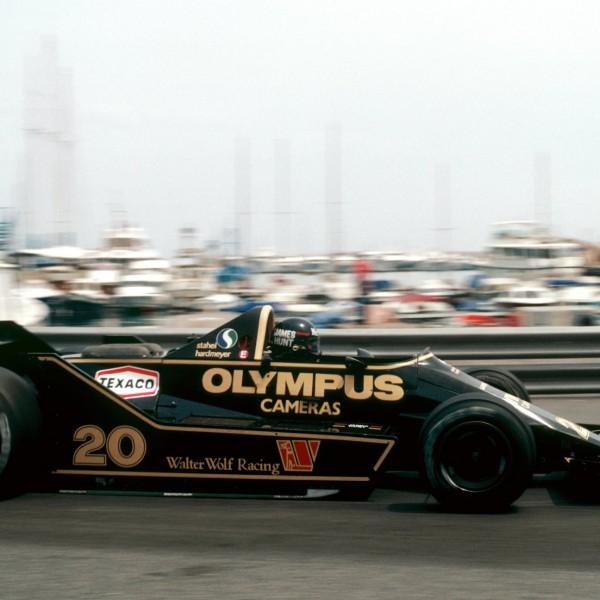 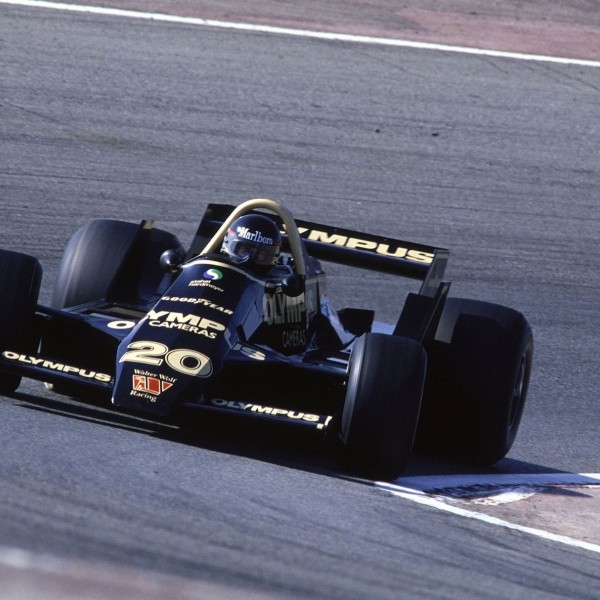 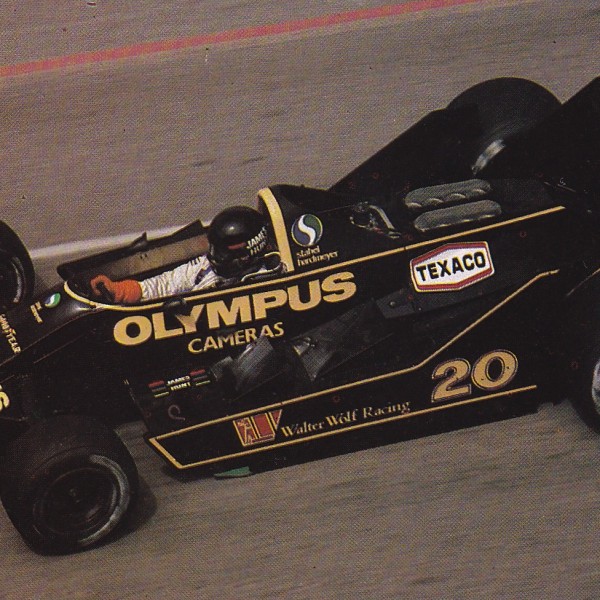 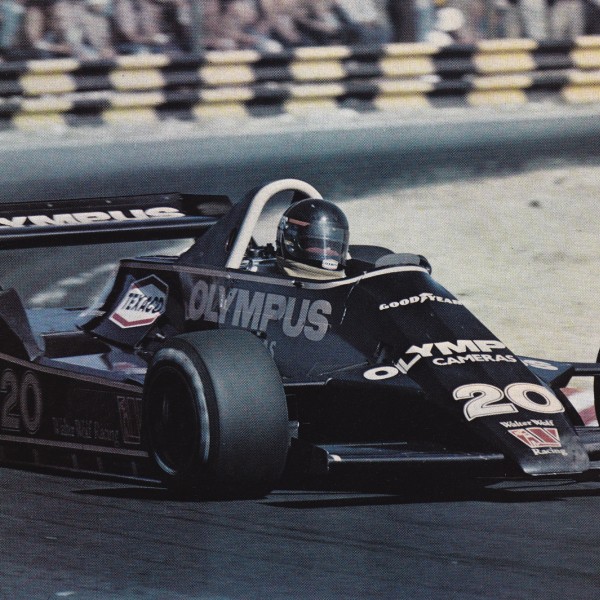 It ended up being the wrong choice as history shows that Jody Scheckter went on to win the 1979 F1 World Championship that year for Ferrari while James, in stark contrast, struggled as Wolf Racing produced a woefully bad car.

In fact, Wolf built three chassis - the WR7, WR8 and WR9 - in their failed attempts to provide James with a half-decent car. After retiring from the Monaco Grand Prix he finally decided to call it quits after 92 Grand Prix starts and six years in the top flight. Longer than many of his peers, of which 11 died in F1 during the decade after his debut.

Worth noting is that the Wolf replaced James with Keke Rosberg, a hot prospect in those days, and although the Finn went on to win the 1982 F1 World Championship, he too struggled with the three different spec Wolfs he inherited from James.

Rosberg never finished better than the driver he succeeded in the same car and, like his predecessor, was plagued by DNFs - six in the eight races he drove for the team.

The Wolf was obsolete in the year of the ground-breaking Lotus 79, forcing their drivers to take risks and over-drive the car, suffering the inevitable consequences. The black and gold Olympus backed car was easily the worst one James ever drove in the top flight.

In retrospect, none was more beautiful than the McLaren M23 of 1976 that took James to his title, abiding to the old adage that 'the more a race car wins the prettier it gets!'