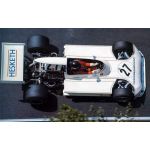 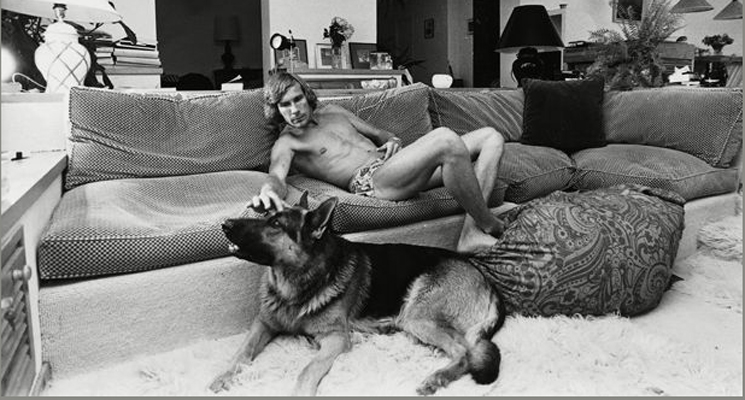 After the heady weekend at Monaco where the Hesketh team made their debut with James Hunt, the team opted to miss the next race – the 1973 Swedish Grand Prix – and focus on the French Grand Prix at circuit Paul Ricard in Le Castellet.

Lord Alexander Hesketh led his merry band of supporters to southern France with James Hunt on duty for the upstarts at the wheel of the team’s one-race old March-Ford.

James did well to qualify 14 in a field of 25 cars. What followed was a dramatic race which will be remembered for the infamous clash between McLaren’s Jody Scheckter and Lotus Emerson Fittipaldi, the reigning F1 World Champion at the time.

The pair crashed out during a battle for the lead which triggered a war of words between the pair in the pits after the race.

In the race, Lotus driver Ronnie Peterson survived to score his first victory in the top flight while, in sixth, James scored his first F1 World Championship point. The date: 1 July 1973.

It was a tough race for the Englishman, at one point having to push off the engine cover on his March to avoid a black flag, but he did enough to finish sixth and bag the point. With it the audacious newcomers marked their arrival on the big stage with a signal of intent.

Hesketh were In F1 to rock the establishment and this was part of the early process.

Inevitably trademark ‘champagne-and-babes’ celebrations ensued with James as always the centre of attraction, making the most of the occasion with A-listers keen to be seen with the driver once known as Hunt-The-Shunt, a nickname he soon shed.

Despite the superb showing for a rookie, a point in only his second race in F1 during that era is not to be scoffed at, James had his feet firmly rooted to the ground and under no illusions.

Reflecting after the race at Paul Ricard, James told his biographer Gerald Donaldson: “I don’t consider myself somebody who’s got enormous natural talent. I’d put myself in the second rank behind people like Peterson. I can drive a car as fast as say the Fitipaldis and the Reutemanns and the Scheckters.

“Maybe I can’t do one-off banzai laps in practice like Ronnie, but I reckon I can get the job done over 90 laps or so. Even Ronnie has to drive a race distance like the rest of us mortals, and a Grand Prix is quite a strain, both mentally and physically,” was his disarmingly honest assessment of himself relative to his peers, of which Peterson was considered the fastest of the time.

Thus no surprise then his self-belief, that in a full Grand Prix race distance he can deliver, manifested itself on that afternoon in southern France when James etched his name into the F1 record books as a points scorer at the pinnacle of the sport. 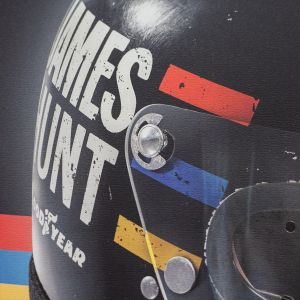