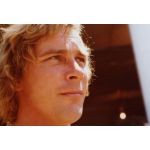 Although it was not his luckiest place, the Monaco Grand Prix proved central to James’ career. Hunt only finished one grand prix in the principality on his 1973 Formula 1 debut there for his flamboyant friend and mentor Lord Alexander Hesketh, but Monaco also proved to be his final Grand Prix driving for another colourful character, Canadian Walter Wolf in ’79.

That was a race that nobody knew would be James’ last until some weeks later and the reason for that pause was far more about the man that James Hunt really was.

Hunt enjoyed several special friendships with his driver peers and other F1 characters over the years, one of whom was Gunnar Nilsson, who succumbed to cancer late in 1978. James was touched by Gunnar’s passing and took a deep personal interest in the Gunnar Nilsson Cancer Foundation set up to contribute to research towards a remedy to the dreadful disease. He was instrumental in setting up the Gunnar Nilsson Memorial Trophy as a fundraiser to the Foundation.

James had certainly made up his mind to retire from racing that 13 May 1979 Monaco Grand Prix weekend, but as much as he did not want to race, he had committed to compete in the 3 June Nilsson Memorial Trophy a few weeks later, and he did. That unique Donington Park event was actually his final competitive Formula 1 outing, after which James finally confirmed his F1 exit on 8 June 1979.

A most interesting an quite significant affair, the Gunnar Nilsson Memorial proved not only to be James Hunt’ final F1 fling, in which he ended second to future 1981 world champion Alan Jones’ Williams with reigning ’78 champion Mario Andretti third in a Lotus on an all-champion podium, but it also saw Brabham’s controversial one-race wonder BT46B have a second outing in another future multiple champion, Nelson Piquet’s hands.

And if four world champions were not enough, that weekend also saw former world champions Juan Manuel Fangio drive a Mercedes W125, Jackie Stewart thrashing his Tyrrell 006, Denny Hulme out in a Cooper-Climax.

A special day indeed, for a special friend.

Life was far more than just racing for James Hunt — he enjoyed close relationships away from the racetrack with several other drivers, not least of all with bitter championship rival Niki Lauda as perhaps at times overly dramatized in Rush, the film of that rivalry. The two were actually close throughout their careers from Formula 3 days — Lauda regarded James as an 'open, honest to God pal’ and admired James' natural speed in a race car, while Hunt held Lauda's analytical capacity in the highest regard.

James was also close to his neighbour Fletcher, as he used to call Jody Scheckter in deference to the accident-prone gull in the book Jonathan Livingston Seagull. Ronnie Peterson was another close friend — in essence James' alter-ego, Ronnie was shy and their relationship was one of opposites attracted by a passionate common interest. James was also somewhat of a mentor to Gilles Villeneuve, whose 1977 Grand Prix debut Hunt had a hand in at McLaren.

After his retirement, James became perhaps even more famous for his no-holds-barred antics in the F1 commentary box alongside Murray Walker, another man he would become a great friend of. A character like no other in Formula 1, James Hunt is also a hero to another current F1 personality – Kimi Raikkonen even went as far as to enter a 2007 Finnish snowmobile race as James Hunt.

It is no secret that James Hunt lived life to the full, or that he burned that candle at both ends, but James changed his ways completely in later life. Living with partner Helen Dyson in Wimbledon, he left his famous wild ways behind to enjoy the simpler things and a cleaner lifestyle until his own untimely passing following a heart attack on 15 June 1993.

Those are just a few small snippets from the life of an enigmatic Formula 1 World Champion who was indeed far more than just a racer and the party animal that his persona projected.

James Hunt was a hero in many other ways too, so much so that he even delayed a racing retirement he was almost desperate to confirm, until he’d raced his Wolf WR4 one more time to honour a racing friend in a manner that typified the man... 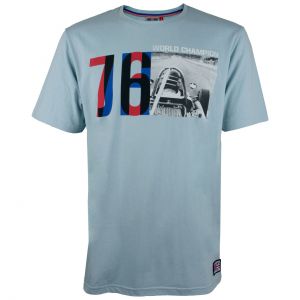 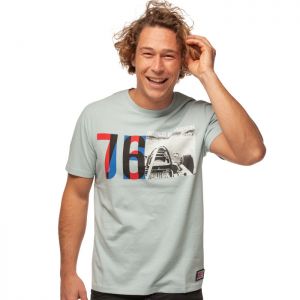